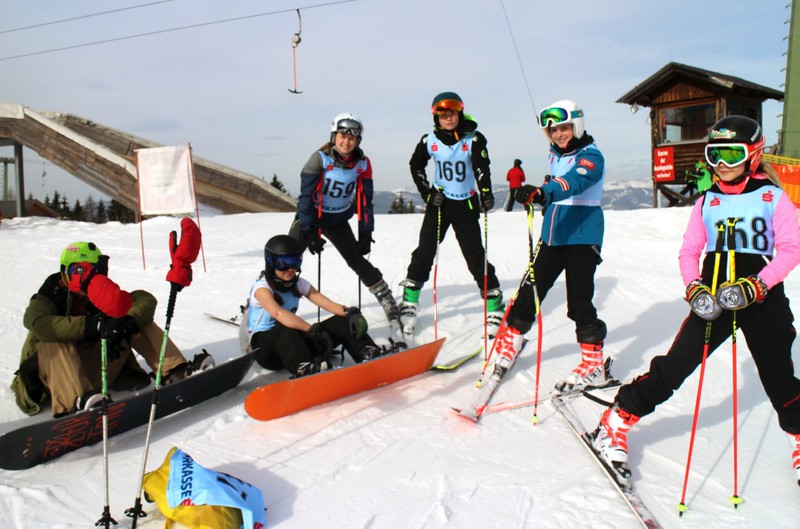 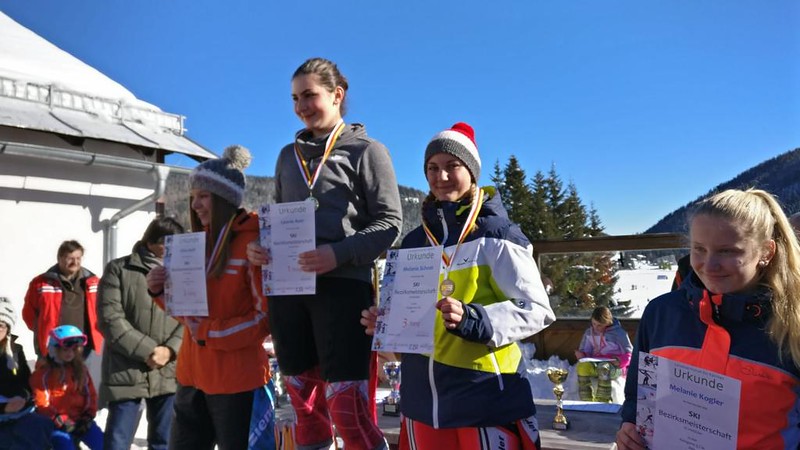 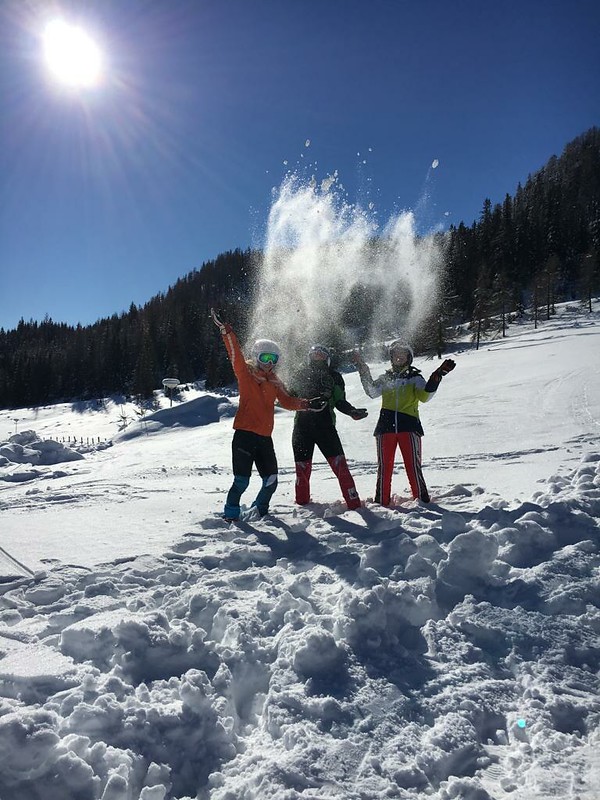 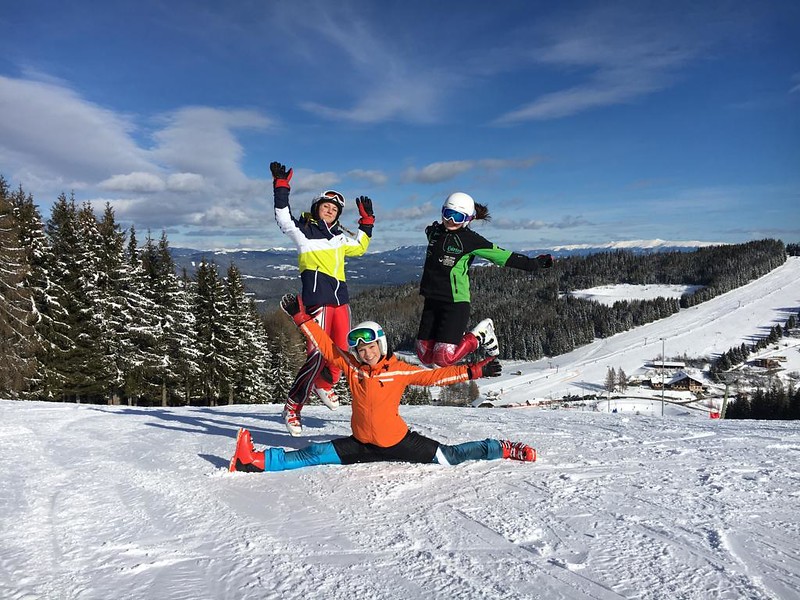 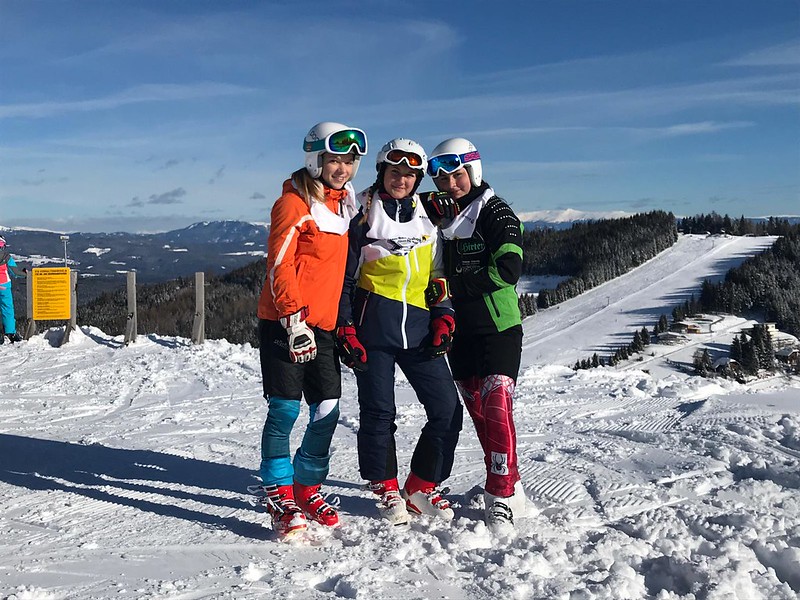 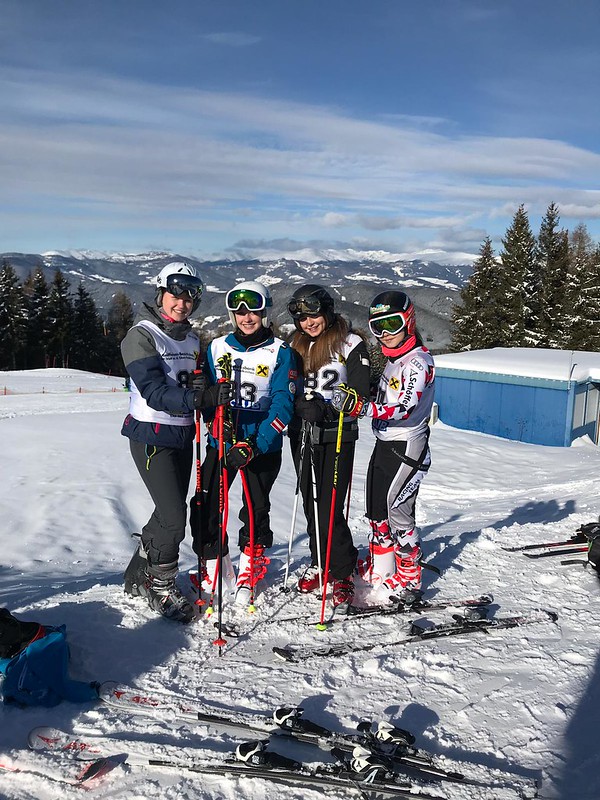 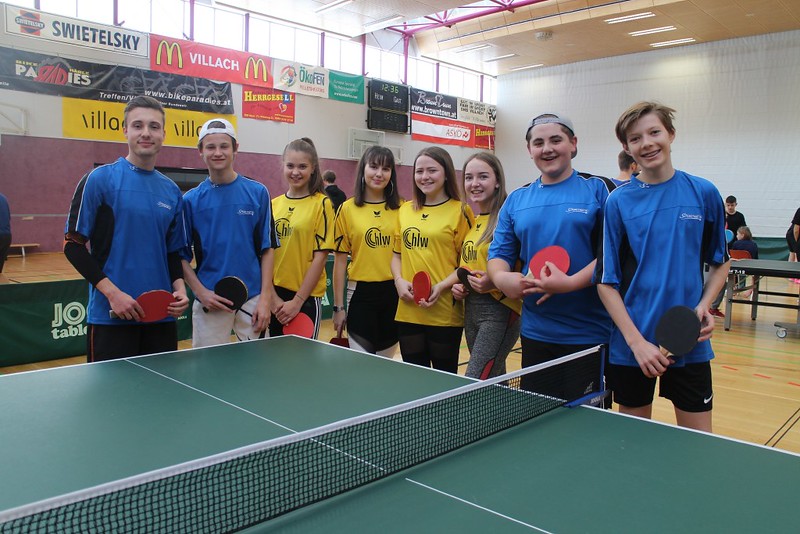 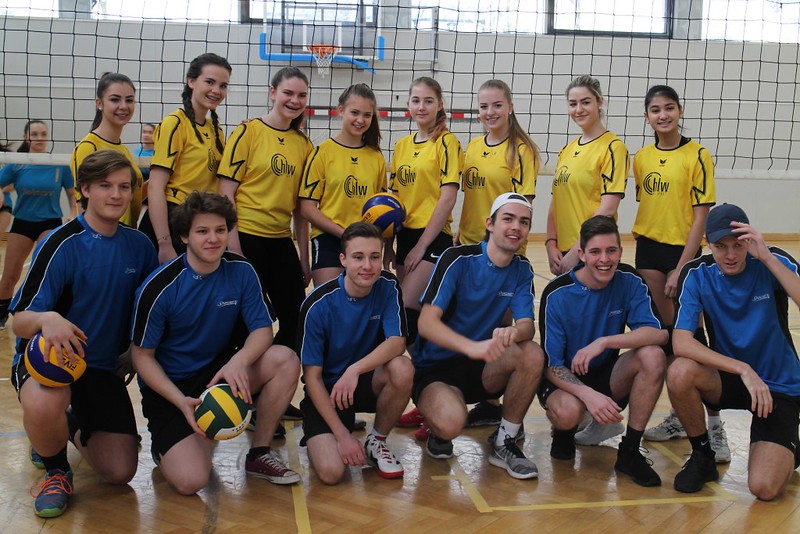 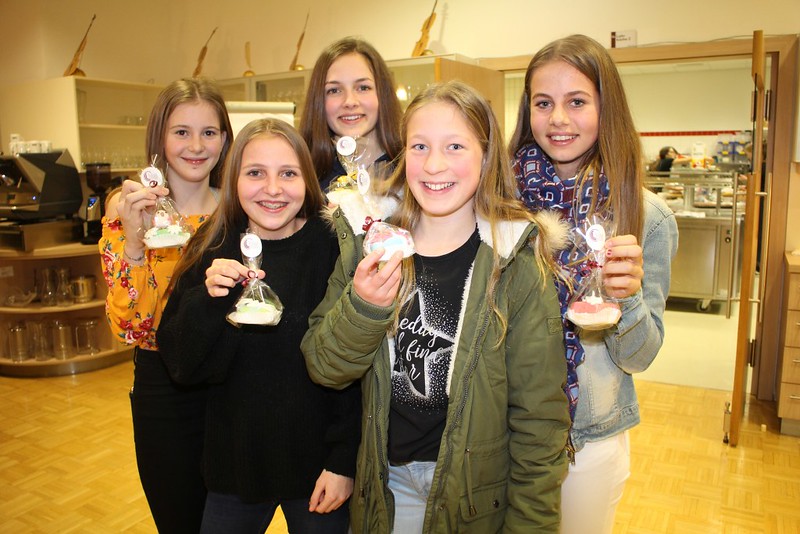 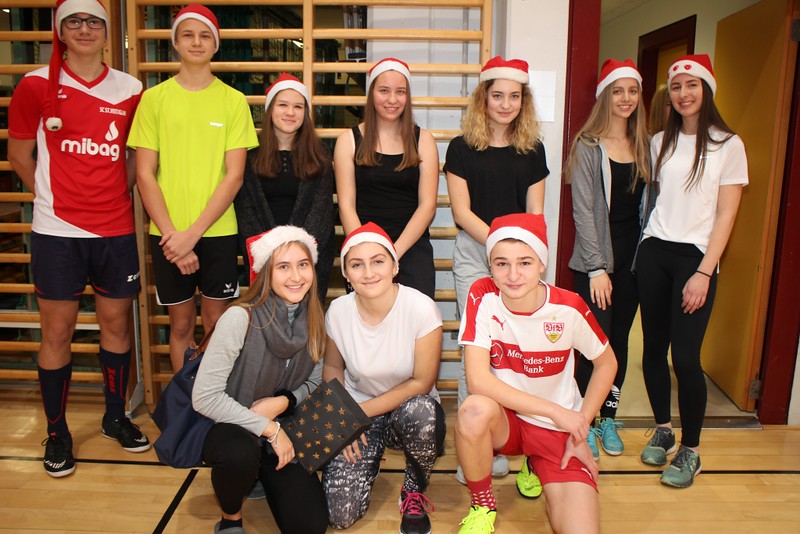 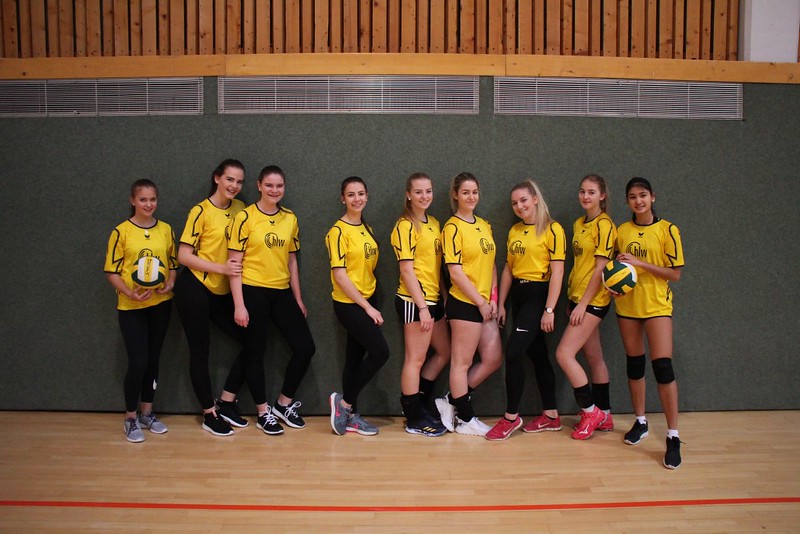 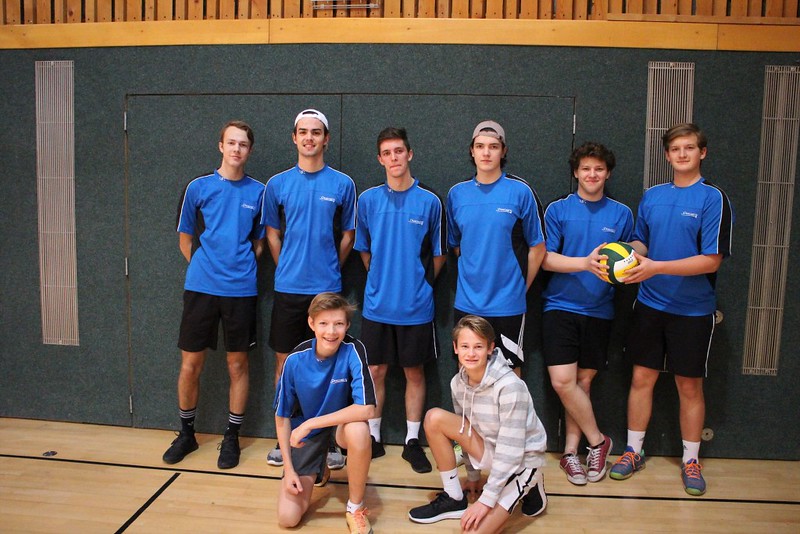 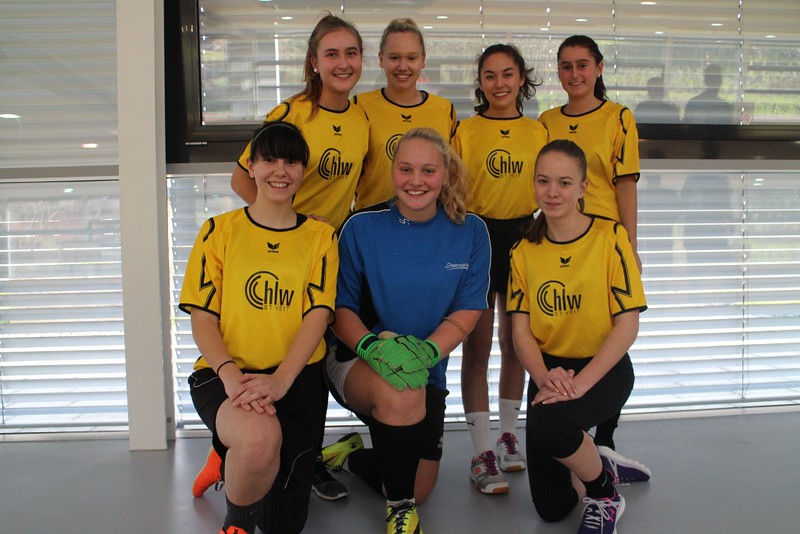 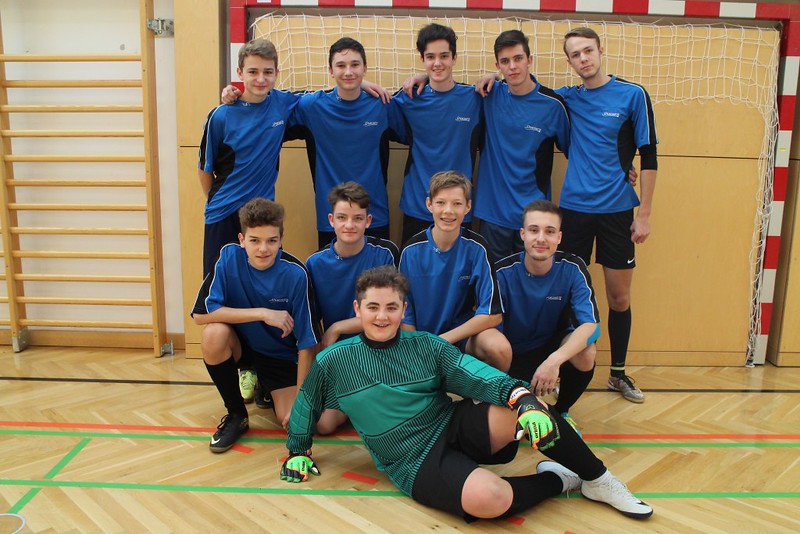 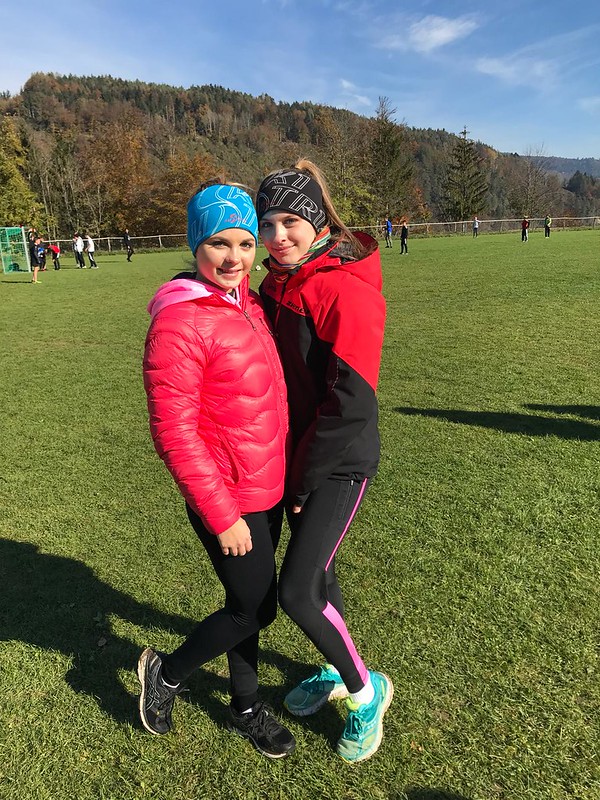 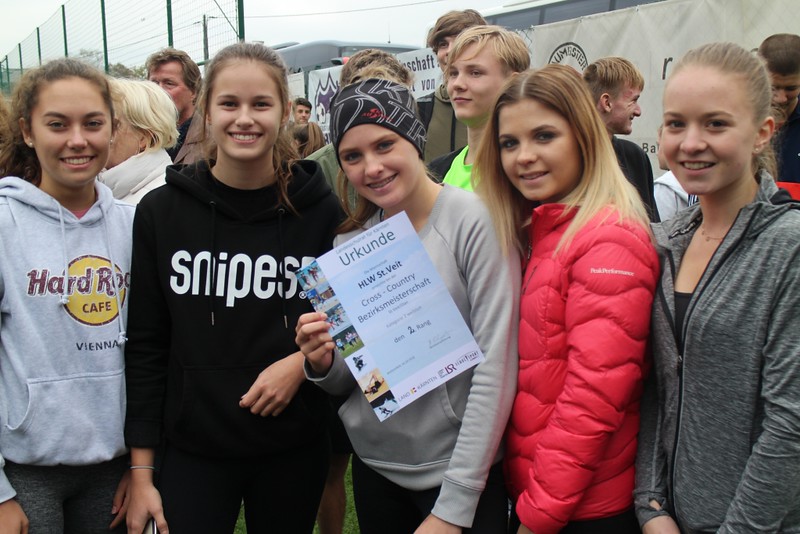 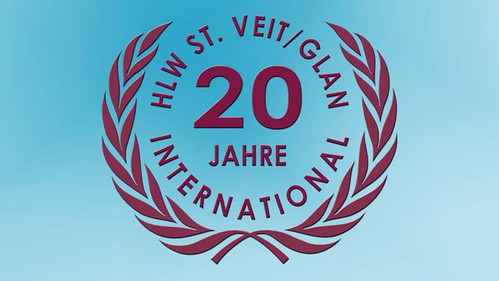 The countdown has finished at HLW and HLW’s faculty, students and special guests have celebrated two of our school’s successful and essential internationalization strategies: 20 years of realizing LEONARDO / ERASMUS+ mobility projects and officiating as an authorized CAMBRIDGE ENGLISH EXAMINATION CENTER.

In December 1997 Günther Prommer, former head of the culinary art dept. submitted our school’s first EU Leonardo mobility proposal. The following year twenty-one beneficiaries accomplished their three-month-compulsory internship abroad. Prommer’s trailblazing step spread throughout Austria like fire. In the meantime, the EU mobility program has become a part of our school „treasures“. Up to now, more than 1000 of our students have had the wonderful opportunity to indulge in Europe’s diversity. In that same year Peter Czell, head of the foreign language dept. received that one „particular“ letter from the Cambridge Univ. stating that our school had become an authorized Cambridge English examination center. What an honor to be working with groundbreaking minds.

2001
Quality-label from the Austrian Ministry „Xenophobia within Europe“

2017
nominated for the European State Prize/Europäischen Staatspreis for our 3 projects „Internationalizing my Curriculum Vitae“ (2014), „Indulging in Europe’s Culinary Arts“ (2015) and „Initial Phases in the EU Employability“ (2016).

HLW St. Veit. Trying to be one tiny step ahead.
The countdown has started. 6 days to go!
A 20 Year Retrospective on HLW’s Internationalization Strategies and Outcomes.
Three years after submitting the first EU Leonardo mobility proposal in 1998, another one of my globetrotter colleagues, Elisabeth Hainzl got hooked on the EU mobility project, Comenius. Ever since then, both projects have played a vital role in our school community. We have all learned, benefitted and enriched our lives by being a part of this groundbreaking lifelong learning programme.
https://www.hlw.at/category/projekte/comenius/
International In-Service Training for “Science across Europe” (2001
Preparatory visit Network Event Centered Learning on Human Influence on Nature (2002)
Migration of Species – Integration (2007 – 2010)) Spain, England, Denmark, the Netherlands;
„Chemistry as a Cultural Enterprise“ (CCE) 2010 -2012 with schools in the Netherlands, Spain, Ireland, Italy England
„Go Green Europe“ (GGE) 2012-2014 with schools in England, the Netherlands, Italy and Denmark
„A Taste of Europe“ (ATE) 2015-2017 with schools in England
Make your planet smile (2012 – 2014) England, Spain, England, Denmark
————————————————————————————————————————–
—1.October – International Day at HLW St. Veit. 5 days to go!
A 20 Year Retrospective on HLW’s Internationalization Strategies and Outcomes.
Since the turn of the century, our goal-oriented and meticulous HLW staff members have not only been submitting EU mobility proposals, they have ardently started to
* organize their school „foreign language competition “ with jury members from Australia (Anne Kukovica), England (Kelly Kainz), USA (Maureen Devine), Africa (Gi.Steindorfer), etc;
* invite international guests from all corners of the globe to lecture at our school. Here are just a few to mention: (Jakob v. Uexhull, Founder of the World Future Council); Dr. Ibrahim Abouleish: Winner of the Alternative Nobelpreise 2003 from Egypt; Jeremy Gilley (Founder of the World Peace Day via- skype); Mr.Adi from Israel; Sumit Thapa (Nepal) Chef at Marriott Hotel in London; US-American council Edward J. Hartwig; Giuliano Fiorotto, teacher at Massimo Alberini in Treviso; Yu Frei (China.) ,
* take part in international charity events (http://www.hlw.at/…/e…/nachbetrachtung-zu-hlw-goes-tansania/) and
* organize school field trips throughout Europe and
* collaborate with schools from neighboring countries—————————————————————

11.October – International Day at HLW St. Veit. 4 days to go!
A 20 Year Retrospective on HLW’s Internationalization Strategies and Outcomes.
After 10 years of successfully organizing placements for our pupils throughout Europe, winning a host of national foreign language competitions in a row, motivating our pupils to take part in international language exams, translating our curriculum on our homepage into English, French and Italian, etc. In addition, we started to
take part annually in the European Day of Languages;
publish dictionaries, cookbooks, and
upload our activities on Youtube.

„Spiked“ Projekt: a survival dictionary (6 languages for the European soccer championship); a missalette in 9 languages: „I Will Follow Him“; a German/English dictionary for Seniors; German/Italian dictionary: „Holidays on a farm“ and „A culinary dictionary“, „A taste of Europe cookbook“, and last but not least Dinos cookbook, where pupils presented the recipes in English on Youtube.
All our video activities were also uploaded on the Global Virtual Classroom Program initiated by Janet Barnstable in Illinois, USA
1. Spiked Project

11.October – International Day at HLW St. Veit. 3 days to go!
A 20 Year Retrospective on HLW’s Internationalization Strategies and Outcomes.
8 years ago we organized our first video conference with Comenius partner schools from Italy and The Netherlands. From that moment onwards video conferencing became ubiquitous. In 2011 the hlwskypers platform was founded, our first video job interview with a human resource manager from the Guernsey Island took place; participating in international webinars and projects (Peace One Day with Jeremy Gilley) was on the agenda.etc. In 2012 we u-streamed our prom and viewers from all corners of the world were amazed (that’s when I learned that the „Polonaise“ is a Polish dance). Concurrently, making a three-minute multi-lingual video job application clip became a prerequisite. 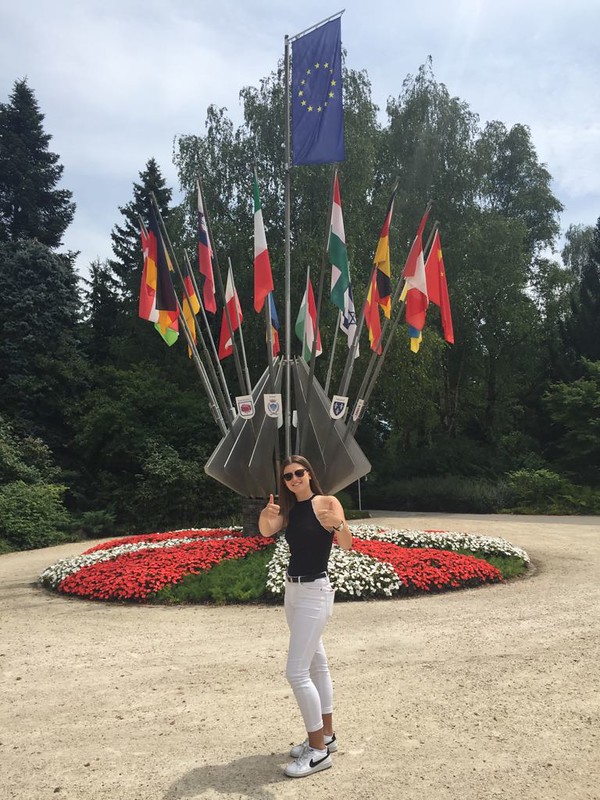 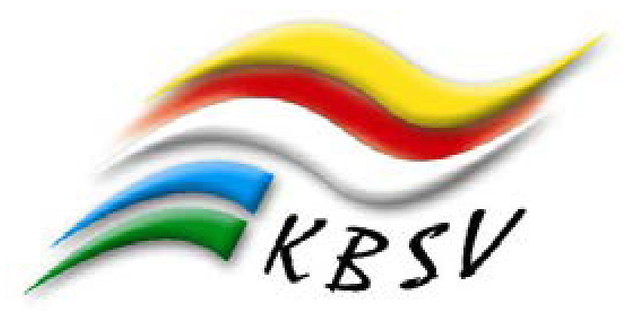 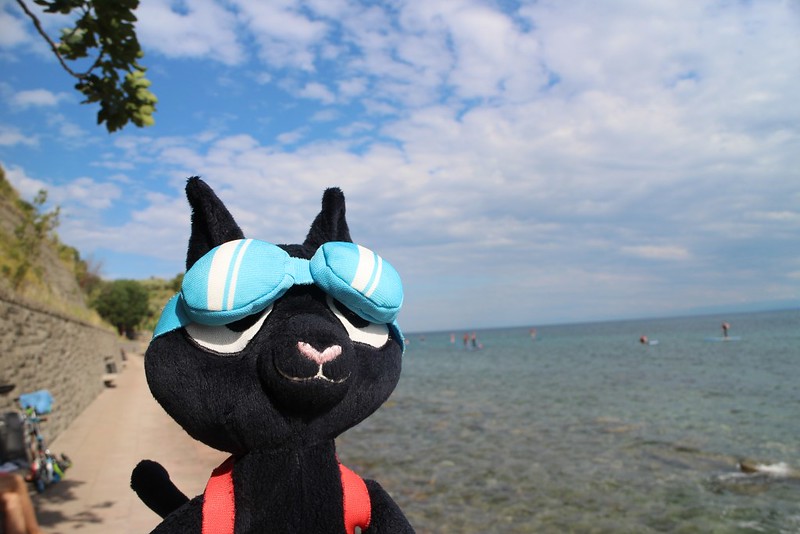 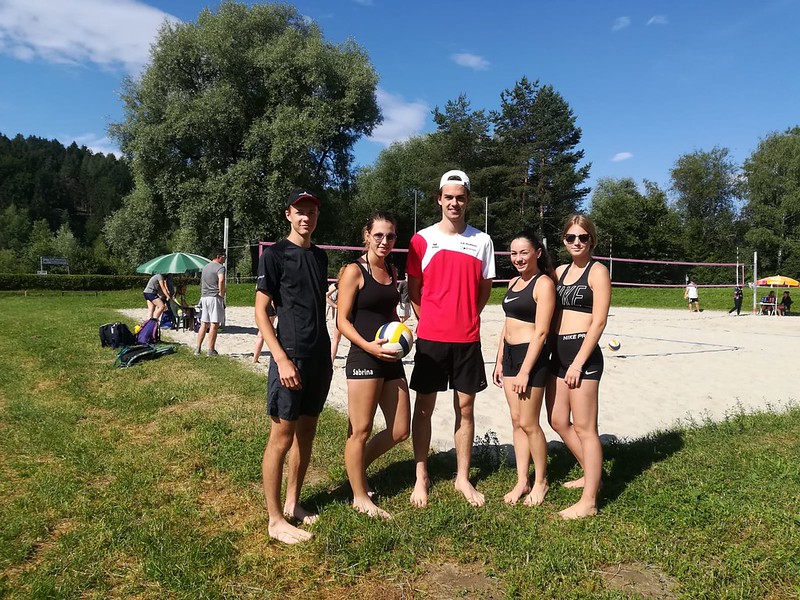 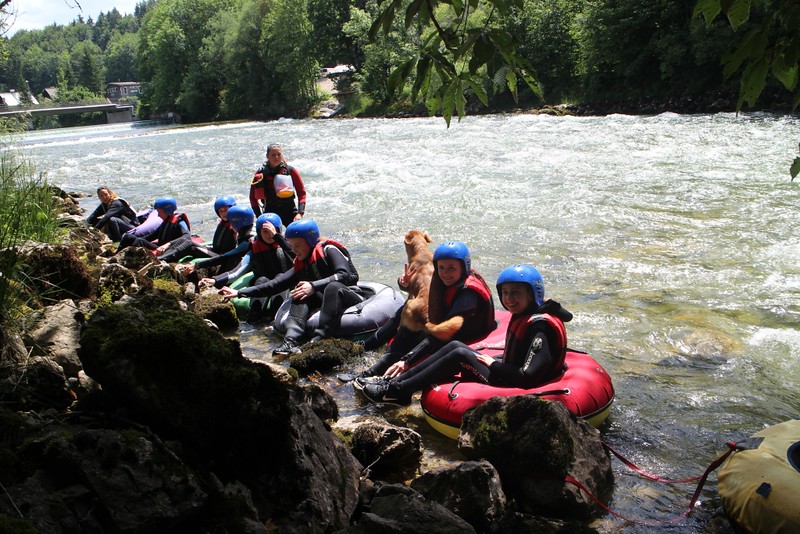 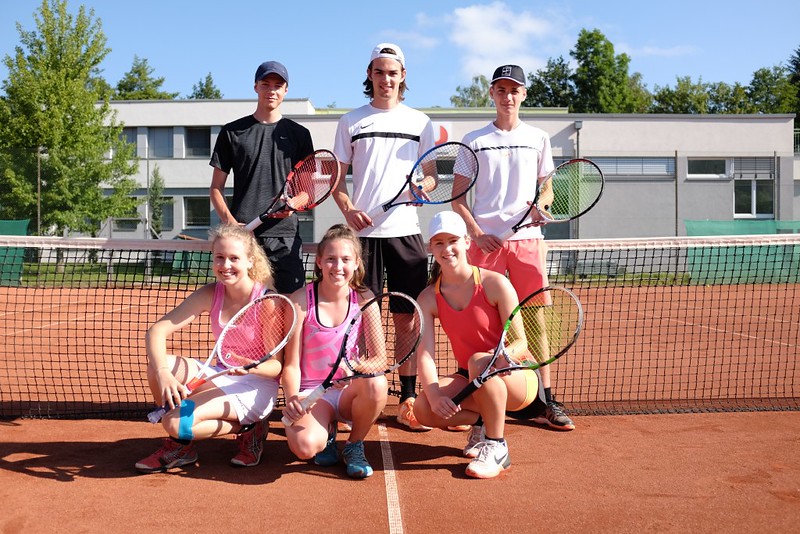 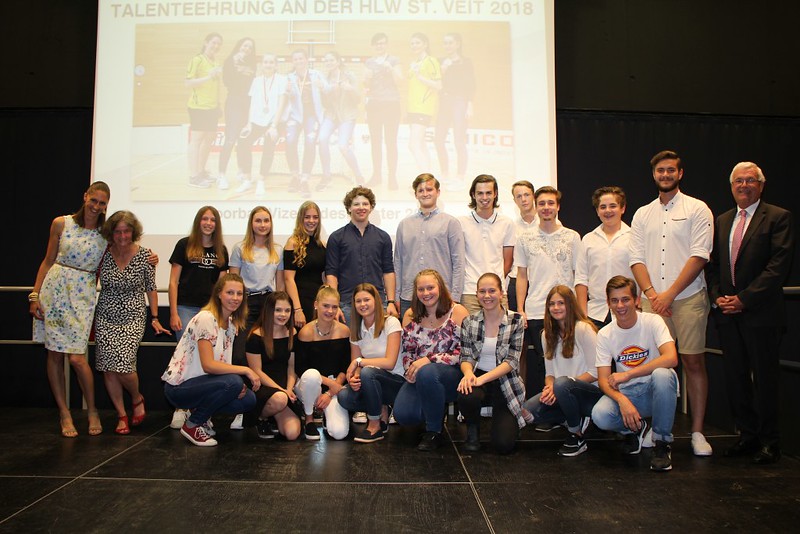 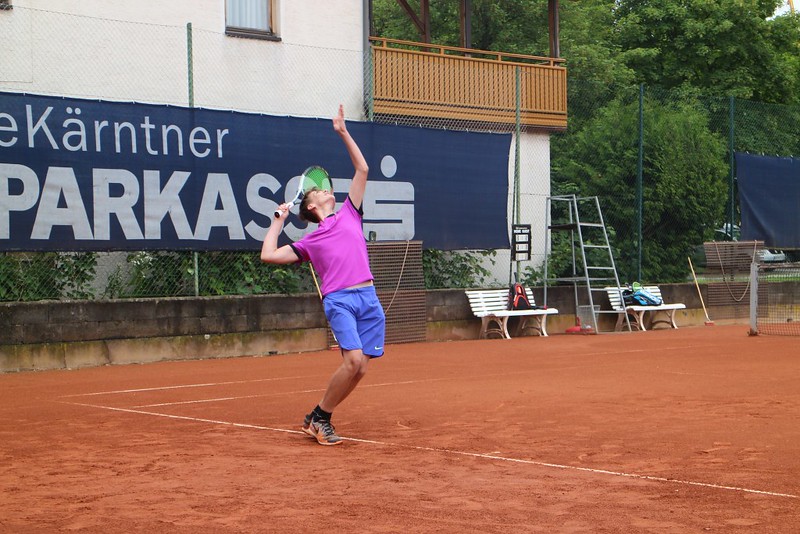 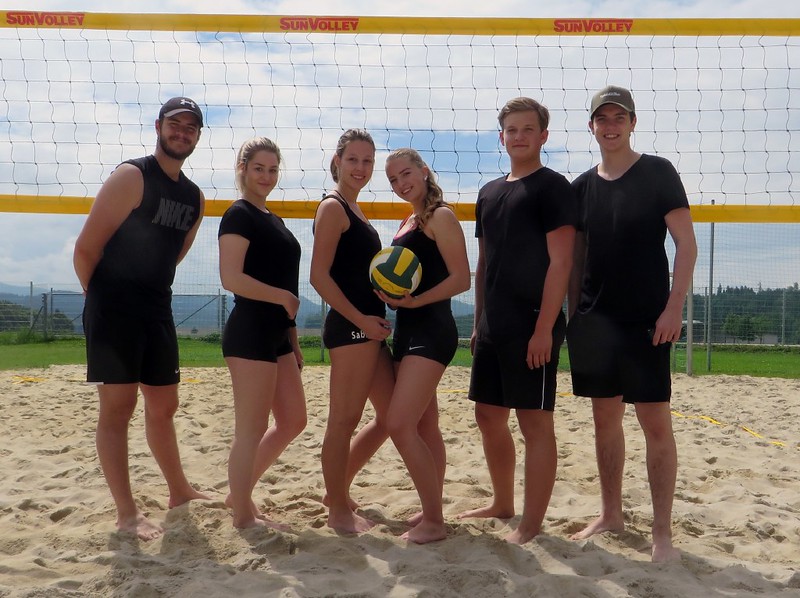