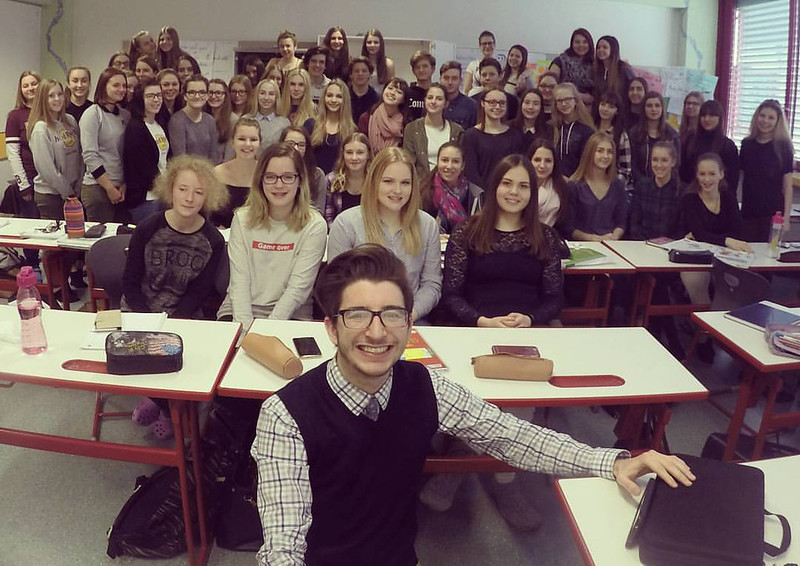 On Thursday, February 9, 2017, the students of the 2A, 2B, 2C and 2D were introduced to the basics of preparing and filming a video résumé for their third year internship. English Assistant JOE SHERRY, who holds a degree in film and media studies, presented to the students the process of creating a successful video for their application. From drafting a script, practicing foreign language skills, and editing the film, the video résumé offers an opportunity for students to market their personality and attributes to a number of hotels around the European Union.

Creating a multilingual video is viewed as an important step in obtaining an internship abroad, which has been shown to have a positive impact on student’s language skills, self-confidence, cultural awareness, and later job prospects. Lastly, the video résumé enhances our students media literacy. In our increasingly digitalized world, our students internship applications will demonstrate their ability to utilize modern methods of communication to showcase the many talents they can bring to various corners of the European Union.